One thing I hate about organic chemistry is one topic can be a inch across, but a mile deep. Such is the life of acids and bases: this topics relate heavily to reactivity, and its parts to make its conjugate base and H3O-.

What’s an acid? What’s a base?

Using this definition, how many molecules can be both?

Basically, when thinking about bases, ask yourself: how much does my molecule want a proton? How much charge is it willing to give away?

And for an acid, how can it dump it proton as quickly as possible?

Describing the strength of Acids/Bases

This is probably the only math you’ll be seeing in organic chemistry, but even with this, most courses will want you to ‘intuitively’ understand how pKa relates to the reactivity of acid base reactions just by looking at its number.

Let’s get into that shall we?

So depending on the pKa:

It should be noted that alkanes, alkenes, and cycloalkanes are the weakest acids while carboxylic acids and alkyl halides are strong acids.

Bases are the reverse of acids. For the time being, I think in only one way and then convert to bases. To summarize:

What makes a great acid? Anything which stabilizes the conjugate base will increase the acidity of a molecule. These can be described by the following:

As we go down the periodic table, the atom’s electron cloud gets larger.

Acid strength increases across a row on the periodic table, with halogenated molecules being the most acidic of a row.

Be WARNED: this only has an effect if the π system is adjacent to H+. The electrons of the conjugate base have to be in an orbital which allows for effective overlap to be delocalized. 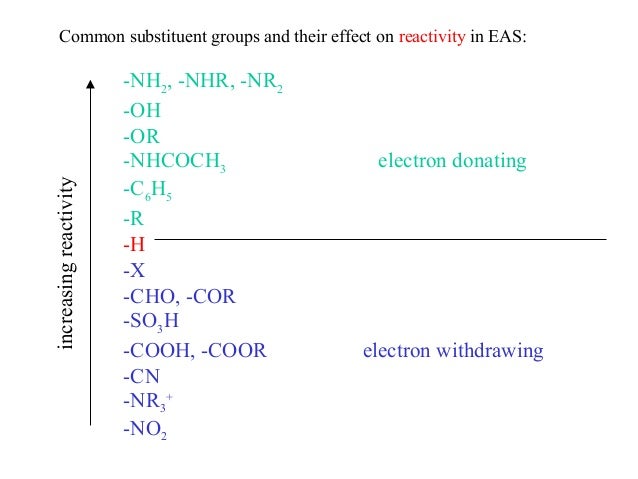 Groups that are more electronegative than H are inductive electron withdrawing groups (EWG). This means they pull the lone pair we described using the Lewis definition into their orbit, leading to a stronger conjugate base.

For electron donating groups (EDG), these groups push electrons to towards the important H3O, which is bad for acidity stabilization.

This little guy doesn’t get a helpful diagram because he has the smallest effect on overall acidity. The more bonds the C atoms have, the more acidic the molecule will be.

What structural features of a molecule may effect the pKa of an acid?

The electronegativy, the strength of the bond to the H, the inductive effect, and resonance delocalization increase with more acidic molecule.